Scott Brown, general manager at Nielsen (a global data analytics and measurement company) said: “Streaming is a big part of a lot of consumers’ lives right now. We have seen a tremendous growth in just how much streaming is going on over the last few weeks as COVID-19 becomes more prevalent across many parts of the country. The amount of time viewers are spending streaming more than doubled in the past year alone, and it’s nearly a quarter of the total time spent on TV among homes that have the ability to stream”.

In the United States we are witnessing a war between the different streaming platforms which have increased considerably in the last year. In the first quarter of 2020, the main platforms invested large amounts of money in television advertising, in first place we find Amazon Prime Video which invested 169.8 million dollars, followed by Hulu with 144.6 million dollars and Disney+ with 135.3 million dollars. Netflix is not in the top ten because in the first months of 2020, it reduced its television advertising spending by 17.6% to promote itself through YouTube and Facebook. The data reveals that Netflix achieved 6.2 billion content views on YouTube (+ 50%) and 4.7 billion content views on Facebook (+ 54%).

For what concerns Italy, there were 10 million subscriptions to the Vod Pay platforms last July; in the period between January and July there was an increase of 2 million users, 1.5 million subscriptions and 700,000 subscribers, due to the lockdown. Among the streaming platforms on the podium we find Netflix (32%), followed by Amazon Prime Video (27%) and Disney (12%).

What role is traditional TV playing? The boom in streaming platforms has absolutely not damaged it and Covid19 also had a positive effect on it, in the first months of 2020 the audience increased by 15.78% on the average day and by 11.68% in part time.

Apparently in Italy streaming and traditional TV can coexist without harming each other. 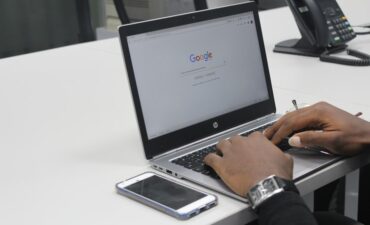 Google: fine by the Antitrust Authority