In a difficult situation for international tourism, one of the economic sectors most affected by the coronavirus, there are still those who do not lose heart and think of original ways to attract tourists to their country.

Kazakhstan in fact decides to exploit the famous catchphrase pronounced by Borat, the main character in Sacha Baron Cohen’s comedy, which had caused a considerable stir especially in the Arab world. The slogan, which reads “Very nice!”, can be found in the commercial that depicts various landscapes of the former Soviet republic, as well as showing its markets and traditional costumes.

Kazakh tourist office’s choice appears as a slap in the face for the film depicting it as a retrograde, racist, homofobic and misogynist country, giving a not-so-inspiring picture to potential tourists. Nevertheless, the country decides to take advantage of the new wave of interest in the fictional Kazakh journalist played by the British actor, due to the release of the sequel Borat Subsequent Moviefilm, available on the Amazon Prime Video platform from 23 October 2020. A very different response from the one had after the release of the first film in 2006, entitled Borat: Cultural Learnings of America for Make Benefit Glorious Nation of Kazakhstan. The comedy, in the form of a mockumentary shot by journalist Borat Sagdiyev, who is sent by the United States to study the customs and traditions of the country, had in fact been a subject of controversy, which resulted in a slew of lawsuits. The Kazakh government officially protested against the film, going so far as to build a case against Cohen and managing to obscure the website www.borat.kz. There was even the accusation of ethnic defamation by the European Center for Antiziganism Research, the non-profit organization that is dedicated to combating Antiziganism and prejudice against Romani people. The result was the censorship of the film throughout the Arab world (with the exception of Lebanon).

This time, however, the Kazakh tourist office had the last word, exploiting the situation in its favor. According to the New York Times, the idea actually came to an American citizen, Dennis Keen, who fell so in love with the country during his stay there that he decided to move to Almaty, where he now organizes tours for tourists and hosts a travel television program. The American guy, following the enlightenment received in the company of a friend, put forward the proposal to the Tourist Board which eventually accepted it.

Deputy Director Kairat Sadvakassov believes the slogan describes perfectly the country’s tourism potential. “Kazakhstan’s nature is very nice; its food is very nice; and its people, despite Borat’s jokes to the contrary, are some of the nicest in the world” he says. The creator of the slogan also reports that the foreign minister in charge during the airing of the first film, Yerzhan Kazykhanov, felt he had to be “grateful” to Borat because, against all odds, it had “helped attract tourists”.

As a matter of fact, Sacha Cohen himself said: “This is a comedy, and the Kazakhstan in the film has nothing to do with the real country. I chose Kazakhstan because it was a place that almost nobody in the U.S. knew anything about, which allowed us to create a wild, comedic, fake world. The real Kazakhstan is a beautiful country with a modern, proud society — the opposite of Borat’s version”. 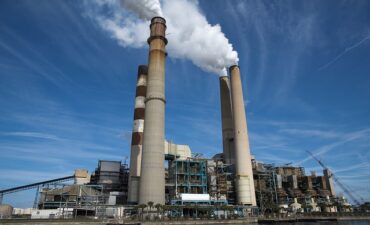